This morning my mail-lady rang the doorbell and presented me with a large yellow envelope. "Signature, please" - I signed trying to see the return address on the package because I really wasn't expecting anything... but when I saw the name "Valentina", I immediately knew what was in the envelope! My copy of Tibetan Euphony, Valentina Cosciani's latest collection of knitwear patterns. But, as always, Valentina is full of surprises... she had also sent me copies of Karten and Scontrosa Grazia. 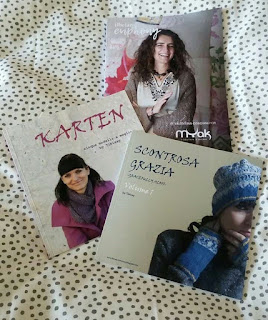 If you asked me exactly when I met Valentina Cosciani online, I would be hardput to answer. But, I can tell you when I first met her in person!
Back in early 2015, I was planning a knitting week-end in Lucca and I had invited Valentina to hold a workshop on one of her many hand-knitted designs during the event. Since we had never met in person, when I heard she would be in Florence for a workshop, I decided to take the train and finally go to meet her! We both immediately felt the same sense of connection that we had in our online friendship. This was to be the beginning of my collaboration with Valentina. It started with an occasional revision of one of Valentina's patterns already translated into English. As time went on, Valentina started asking me to translate the descriptions of her designs into English. She was already quite adept at writing the technical parts directly in English, so between the two of us we started translating all of her patterns into English.

But it didn't end there!

When I organized another knitting week-end, this time on the Island of Elba, I asked Valentina if she would design a shawl inspired by the vegetation on the island as the main project for our knitters during our Elban week-end. Naturally, I invited her to come to the week-end and present the project! She immediately accepted the challenge and the invitation and the "Ginepro" shawl was born.

Unbeknownst to me, 2015 was also the year that Valentina would ask me to translate the descriptions for her first collection of accessories inspired during a vacation in Austria and Germany.  She called this collection Karten - German for postcards; each design is a "postcard" from one of the cities she visited. Karten was to be the first of several books in which I would be Valentina's English voice.

Since then, I have had the pleasure and honor of working with Valentina on several projects. In 2016 she asked for my input on a collection of 4 striped tops for BC Garn. 2017 was the year for Scontrosa Grazia, a collection dedicated to Valentina's hometown of Trieste.
Later that same year, Valentina asked me if I would be interested in doing the translations for a collection of sweaters and accessories that she was working on for MYak Tibetan Fibers. Of course, I said yes... wouldn't you?!
Tibetan Euphony made it's debute in January 2018. It is a collection of sweaters, shrugs and accessories dedicated to today's woman - whover she is, whatever she does, wherever she lives. Beautiful, luxurious pieces knit in yarns from the MYak collection and designed to warm both body and spirit.

With each collection, Valentina has taken her art one step further. In the 3 years that we have worked together she has developed her own personal style of designing. Her garments are elegant, yet casual enough for everday.

Color and texture are very important elements in her garments: she chooses and coordinates the colors and textures for each sweater or accessory, following the dictates of her innate artistic flair. She tends to opt for soft, luxurious fibers for cowls, shawls and shrugs that caress the neck and shoulders. Yet she does not shy away from rustic shetlands and tweeds to add character to her Fair Isle yoked sweaters and cabled jackets. The same is true of the colors she chooses: delicate and tenuous for lacy capes and shawls, sharp contrasts for hats, mittens and sweaters.

But what I appreciate most about Valentina's work is her ability to make designs to suit every woman: young or mature, tall or short, slender or full figured. Her sizes are developed for "real" women and each garment is proposed in a wide gamma of sizes with the possibility of making adjustments based on the knitter's personal preference in fit. All of Valentina's designs are painstakingly tested by a team of loyal test knitters and Valentina listens to the suggestions from her testers and incorporates them into her patterns. She is a perfectionist and it is evident in her work.

I look forward to more knitting adventures with Valentina!

Valentina and Donna... it was kismet! 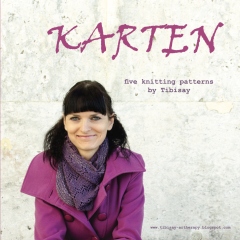 This morning I have a surprise! Many of you know that I am a translator.. and a knitter, but what you may not know is that for the last 2 or 3 years I have been translating Valentina Cosciani's  - aka Tibisay - knitting patterns. A couple of months ago she asked me if I would like to translate her first book - patterns for a collection of knit accessories inspired by five northern European cities.. of course I said yes! She told me that it was top-secret and so I have been literally sitting on my hot little hands itching to type this post about the project for the last month or so! The book is finally a reality and just in time for Christmas!! You can take a peek at the cover and even have it printed on-demand here https://www.createspace.com/5943605 ! "Karten" will also be available on Amazon in a day or so and of course, for all you Ravelry.com buffs, it will soon be available for download in Valentina's Ravelry store here http://www.ravelry.com/stores/artherapy!! 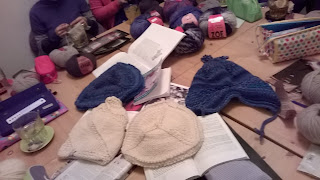 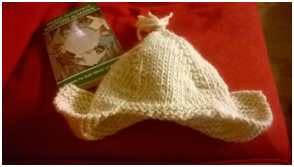 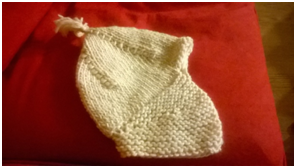 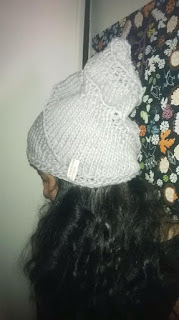 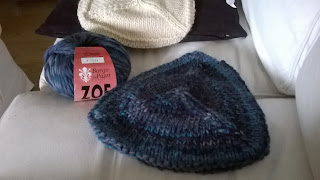 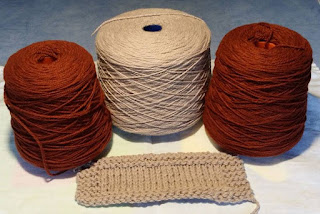 Some of the blogs I read